The kindness of strangers still exists in Milwaukee

We had something strange, rare and wonderful in our life on Thursday: a day off. Imagine that? And in the midst of teaching at the biggest consumer bead show in the world, too. So we took a trip out to Alterra Coffee by the lake, as illustrated here by my latest over used app, Hipstamatic. Old news, old app, but new to me. 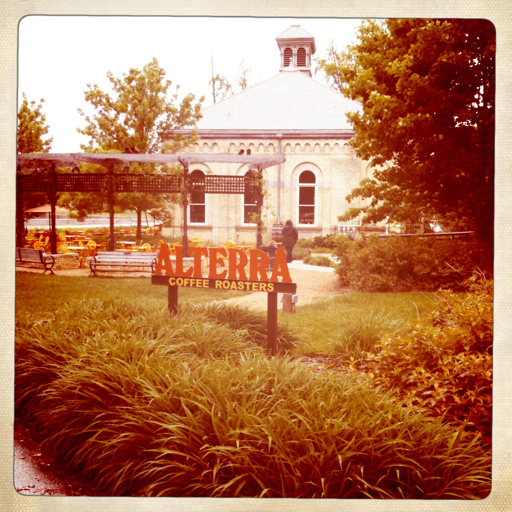 Anat found a coffee brew here in Milwaukee named "El Cerrito", as in our neighborhood in the East Bay, so we had to try that. I ordered a honey latte and scrumptious grilled triple cheese sandwich - they definitely do cheese right in Wisconsin. After my lip smacking eye rolling fit of delight subsided (because as I become an older, wider male, more and more of my pleasure center is getting hard wired into my stomach), we got to chatting with our table neighbor, Josh.

We told him about our mildly harrowing bus ride to the lake. I'm not a complete public transit virgin. I've been on subways, metros, tubes and now the elevated trains in Chicago. I took the bus everywhere in L.A. for one long year, and been for bus rides in Paris and New York. I'll never forget our experience in a taxi in Manhattan, when I looked at Anat and told her I loved her because I really thought we were going to crash and die at any second. So on the scale of vehicular mayhem, this was about a 6. Still, when a massive bus takes multiple hard stomach lurching turns through pedestrian infested streets, narrowly missing cars, sending passengers sliding in their seats from side to side like it's some kind of Speed ride at Universal Studios, you make a mental note: if we live through this, think about other forms of transport. Did I mention the bus driver was laughing the whole time?

Turns out Josh is a real good samaritan, and he offers us a ride back downtown. It did cross our mind that Milwaukee is Dahmer's home town, and rumor has it he was one suave murderer, but obviously we didn't end up as leftovers in the freezer, because I lived to blog about it. Josh was the real thing, a good human being, someone who goes out and helps others, even a social minded, save the world entrepreneur. Really nice to meet one in person and not just read about them. 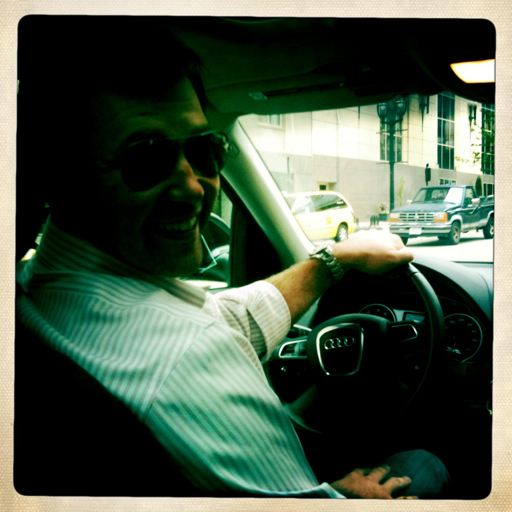 Hipstamatic strikes again. The photo doesn't do him justice, but at least you can see his smile as he dropped us off back at the hotel. Nice guy.